Google Cloud Build lets you automate your devops task by creating triggers in a code repo and perform certain task either following the Dockerfile or cloudbuild.yaml in the same repository.

The trigger is invoked when there are changes detected in the code repo, This could be on a certain branch or just every time code is pushed into any branch. Continous Integration (CI) is a term usually used for the tasks where a deployable artifact like a jar/war or a container image is created out of the codebase every time it changes. Various stages of CI can actually involve static code analysys like linting, runnig tests, code coverage. Sometimes after creating the deployable image one may even choose to actually deploy it in some non-prod environment like test environment to execute some high level black box tests like integration test, functional tests and deployment tests. Each of these common type of tests probably can be explained in a different post.

For now lets see, how Google cloud build can be used to continously monitor the code repo and generate a docker image from a simple go based application.

We have a very simple go based micro service here.

Basically this builds an image with binary created with go build and exposes the 8080 port. One can test this locally by running

In cloud build we can set the following configuration. Note we are using the option to use a Cloud Source repository mirrored from our actual github repository.Once can directly use the Github repo using the Cloud Build app in GitHub 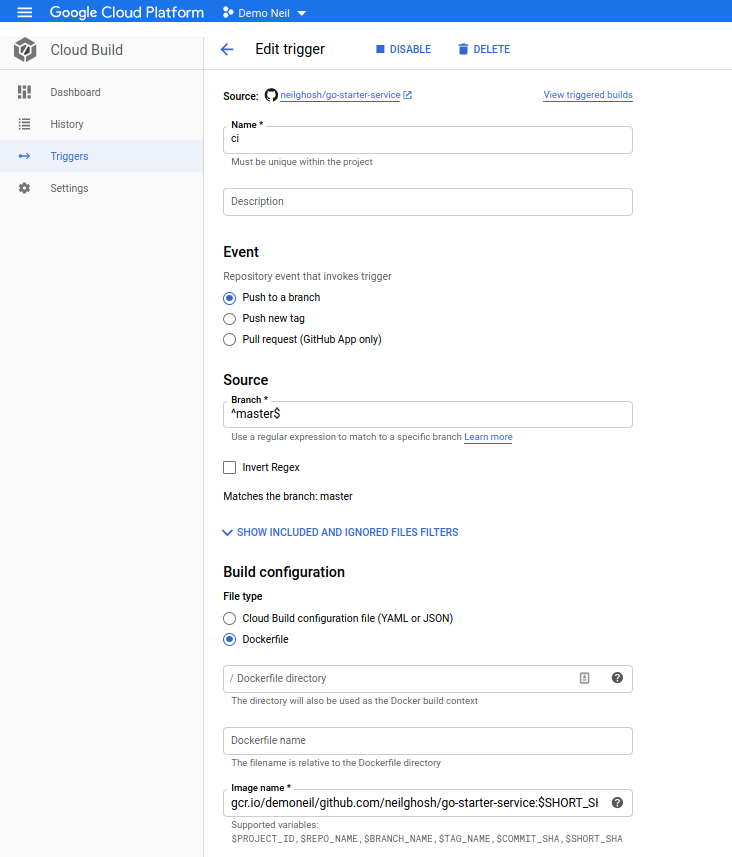 Now evry time any code is checked in the master branch it triggers a build and docker image gets published to the Google Container Registry. 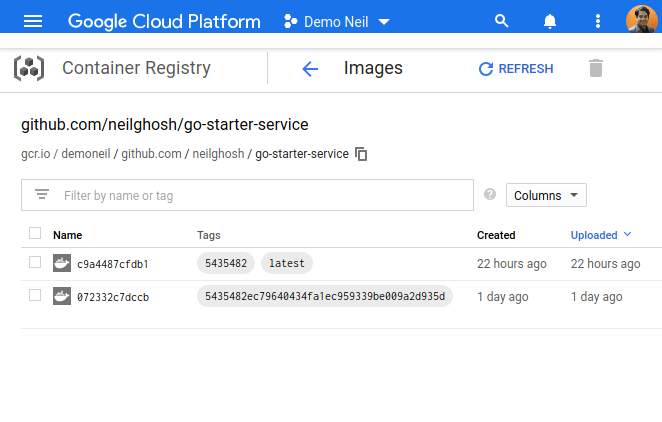 This generally means given the deployable artifact is generated, we actually deploy it in a production environment. In our case once we are satisfied with the Docker image that was pushed to the container registry we deploy it in a Cloud Run service.

Since the service probably already exists, we just deploy a new version and divert the traffic there. 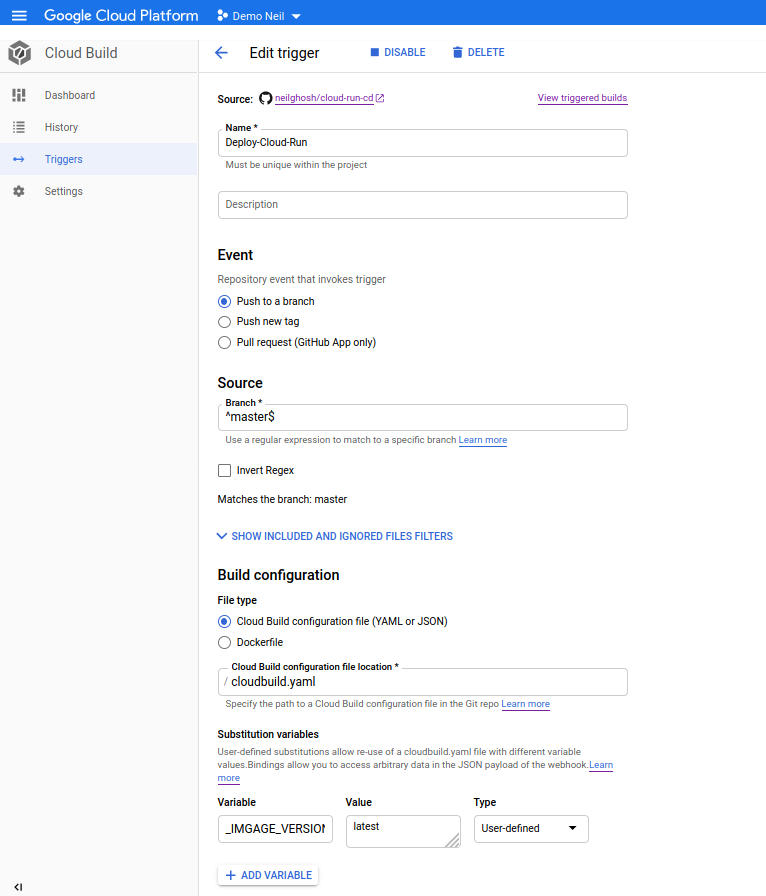 This time the build needs to be triggered manually like follows

Note that docker_file_tag is the tag of the docker image registry we want to deploy and unique_id can be anything here because this would come from the git commit and used as part of Coud Run Deployment version when automatically triggered via git push.

or the cloudbuild.yaml needs to be updated with the desired docker image tag that we want to deploy.

Finally, once the CD buildis finished it would comes as a yet another version of the cloud run service. 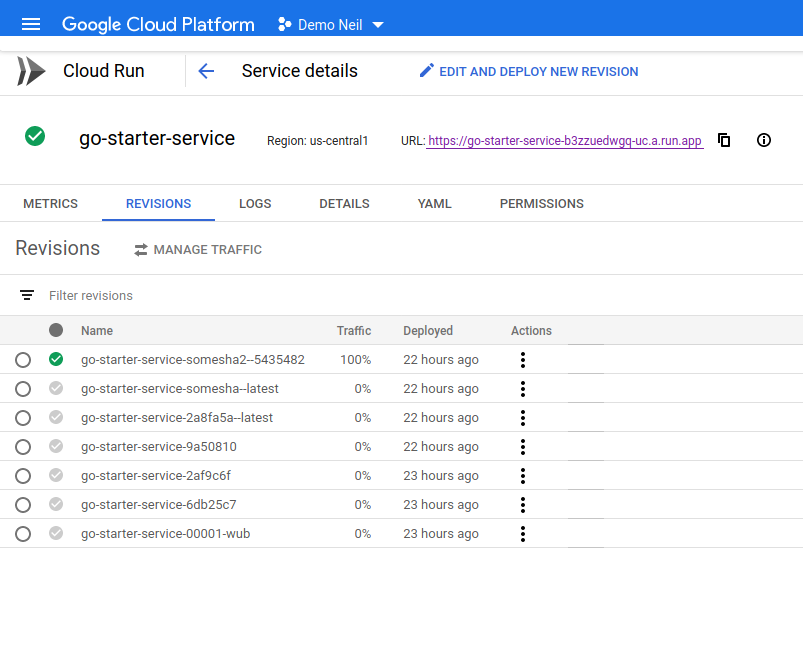 The the CI/CD strategy could be far more complex and automated. For example once can subscribe to the Pub/Sub event generated by the Cloud Build when it completes and pushes the image to GCR and call a cloud run admin api to deploy the image automatically.