I recently visited Hampi in present Indian state of Karnataka. It was capital of the Vijayanagara Empire in 14th and 15th century . It was one of the richest and largest city of its time probably richest ever after Rome and largest ever after Peking-Beijing. it was finally laid siege to by the Deccan Muslim confederacy. 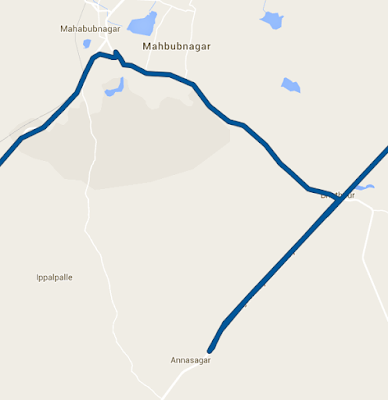 Thanks to Google Maps , I did mess up the route a little bit near Mahbubnagar as you can see from my location history screenshot above. First I overshot the right turn by taking the fly over by mistake. Maps did not tell me explicitly that I have to go below the fly over. It was a long one and divider cuts are not very frequent in this highway. Secondly , inside the town maps suggested me to get down from the highway (SH 20) and get into another via taking small roads inside town. It probably did not realize that these roads are shorter but definitely wide enough for car. I should have ignored the left turn and continued in the alternative route (which is actually the highway eventually joining another highway). The learning is its worth taking a little slower route (as per maps) but one should stick to the wider option when difference is not much.

This city is situated on the banks of river Tungabhadra.

The following sound  is from famous musical pillars of Vittala temple left ruins of Hampi The British wanted to check the reason behind this wonder and so they had cut two pillars to check anything was there inside the pillars that was producing the sound. They had found nothing but hollow pillars. Even today we can see those pillars cut by the British (What I read in the internet and guide told me). 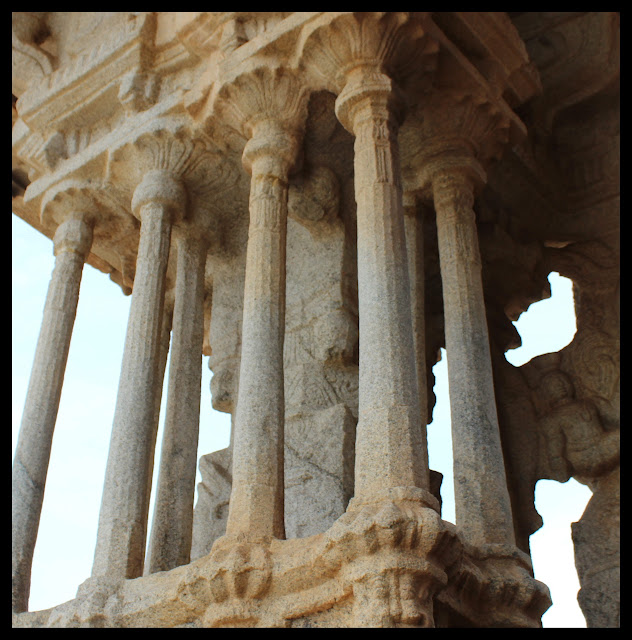 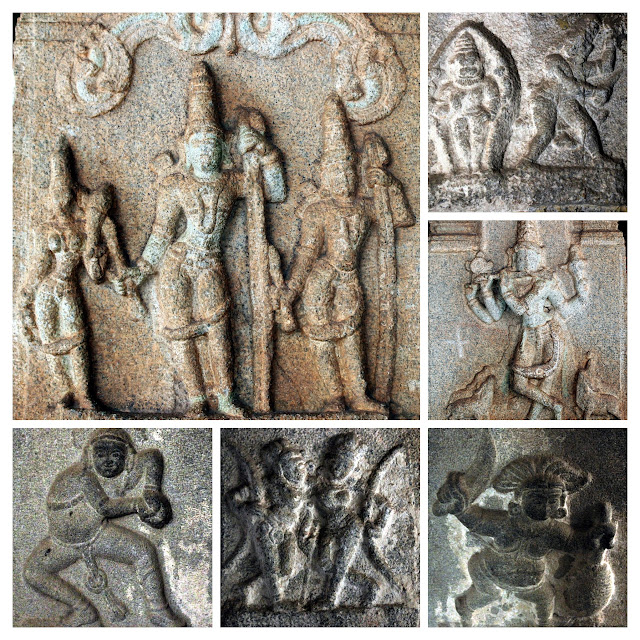