Google Cloud Run is a great service to quickly deploy any containerized application. In this demo we will see how one can develope and deploy a PDF conversion tool which reduces size of scanned multi-page PDF file using ImageMagick

ImageMagick is is a great open source command line tool which can convert files with various image file format including PDF.

In terminal you would typically run the following commands. 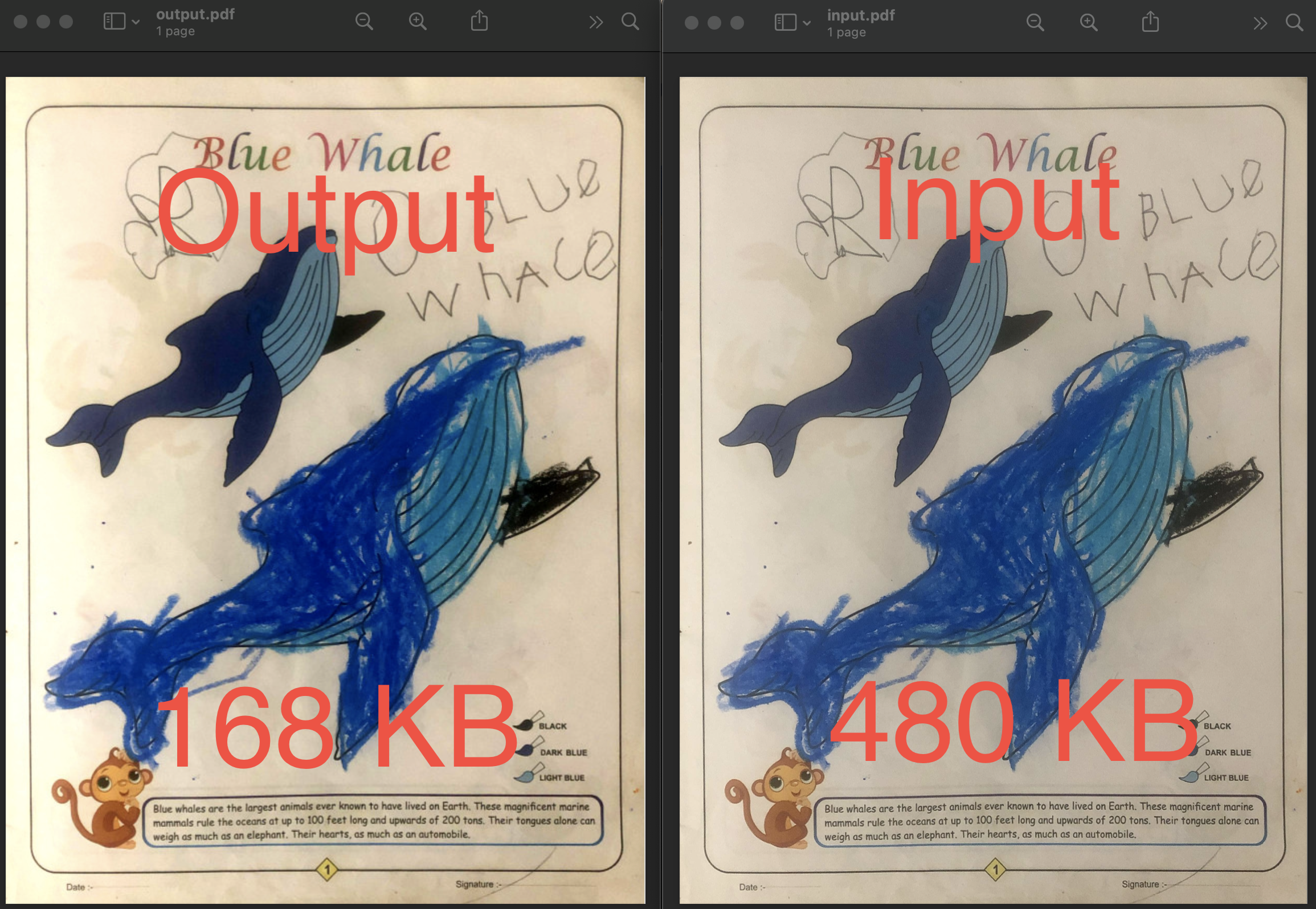 This works great in local machine but to run this utility in cloud we would need to install it in the container in which the application is packaged. So in Dockerfile we would add commands to install this.

We will also need some storage to save the intermediate .jpg files temporarily. For this we would make use of the ephemeral storage inside the container.

Note This is not recommended because the file size can grow and when multiple requests comes to same instance it would run out of storage. A better way to store such files is to use a distributed storage like Google Cloud Storage which is more reliable and scalable.

Also in this demo we are doing all the conversions synchronously i.e. we will get the output file in the response of the upload request itself. It is recommended to process the file asynchronously and return some identifier or url to access the output later as part of a different request when processing is finished. One can also give a response with a different endpoint which provides a status (Pending/Processing/Completed etc) of the long running process like this.

This is a NodeJS app so we would use the ImageMagic Node library. The API equivalent of the command would be

At the end we would also want to clean up the intermediate files from the file system. We use glob

We can test locally by bringing our express server up with

For a realistic testing how it would behave in cloud we containerize it and then run it with the port exposed.

*Note - since we are using the light weight node:alpine base image we use ash instead of bash

A simple pdf conversion can be done like follows.

** I know foo is a bad choice for attribute :) I will refactor later.

Authenticate gcloud cli with your project and deploy directly from the code directory.

In the interactive console we will be asked for various parameters like which region this should be hosted. I choose Mumbai because as per gcping.com Mumbai had the least latency from my location.

Finally after successful deployment it would give a fully qualifies URL where the service would be accessible. This is the beauty of serverless platform like Google Cloud Run. So now you can convert the local PDF file to a smaller size as follows 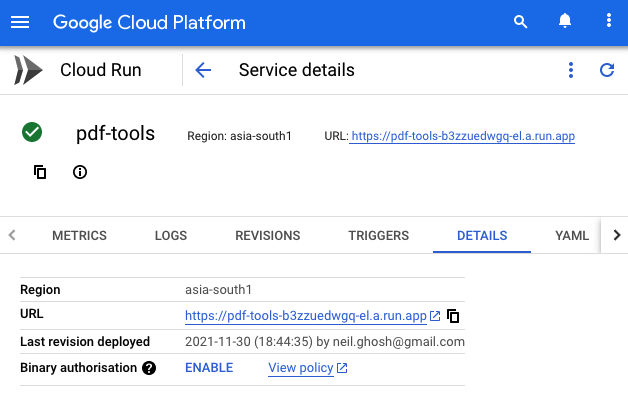 **Note - Since image conversion is a relatively heavy process, when I tried the default Cloud Run deployment configuration and use it, I got insufficient memory error. So I had to edit the cloud run app to have 1GB of memory instead default 512Mb.

** Next, we would try to implement the following.