Last Saturday we had the 1st session of Google Cloud Study Jams in Hyderabad. 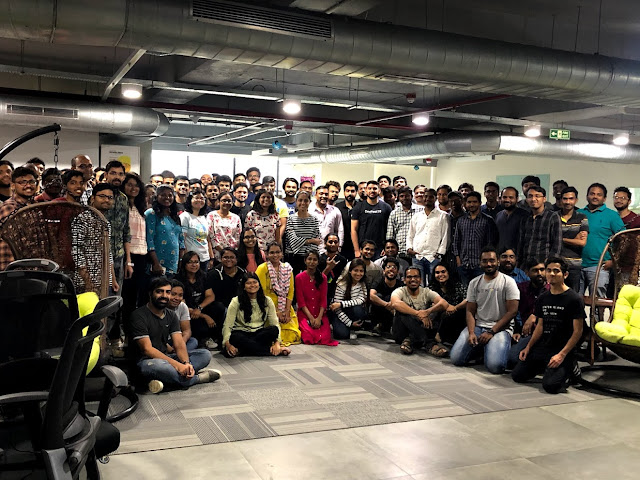 ThoughtWorks,, Hyderabad hosted us and they will be hosting the subsequent sessions lined up on next few Saturdays as well.

#Cloud #StudyJams kickstarted in style! Kudos to all those developers for taking their time out off a busy weekend to learn #GCP #CloudML #BigQuery and lot of interesting stuff over next few weeks.
Special thanks to @ThoughtWorks #Hyderabad team for being an amazing host for us!! pic.twitter.com/7ElukjGKCA
— Uday Mannam (@UdayMannam) March 2, 2019

Thank you, everyone, for attending our first ever @googlecloud study jam in #Hyderabad in collaboration with @gcdc_hyd & @qwiklabs 😀. Looking forward to seeing you all for the Week 2 - #Deploy & #Develop #CloudStudyJams Photos: https://t.co/CyZ5FyAWsO pic.twitter.com/i73j9VhdVP
— GDG Hyderabad (@gdg_hyd) March 2, 2019


This session was all about introducing Study Jams to the developers and get started with the GCP essential quest in Qwiklabs. More than 300 developers requested an invitation but due to space constraints, we could only invite around 100 of them. While typically in developer meetups in my experience the turn out ration is very less, it was surprising to see the attendance was 100% if not more than that. (I am yet to see the attendance sheet, possibly some people got it who were supposed to come to the Kubernetes meetup going on at the same time in the same venue). Nevertheless its great for the community. I have never seen this turn out ration except for the Devfests, where you have probably larger the incentives including goodies. 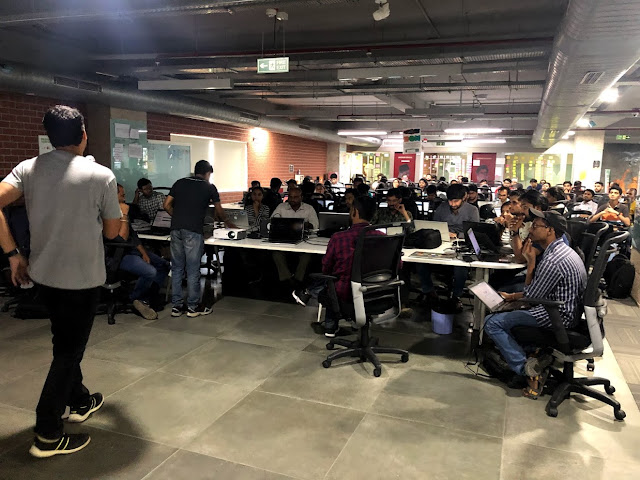 So people are interested in Google Cloud Platform (on in Cloud Computing in general) who also want to get their hand s dirty with code. One can not ask more. In my experience, Hyderabad has been very conservative about the cloud. Majority of the developers that showed up in the past devfests were Web/Android developers or designers (it could be because cloud sessions were very less). In devfest 2018 Hyderabad, we decided to have a dedicated track for and cloud and got more than houseful attendance. It clearly shows how many professionals and students want to learn cloud, especially GCP. There were some people who already used GCP but just participated to interact with other developers as well.


At the beginning of the session, participants get a code to enter in Qwicki Labs and get their quest activated such a way that they do not need to buy any credit till next 1 month. The idea is to complete the majority of the labs during the session and if someone can't finish, they can go home and finish the quest (by completing all the labs) at their own pace and get a badge. 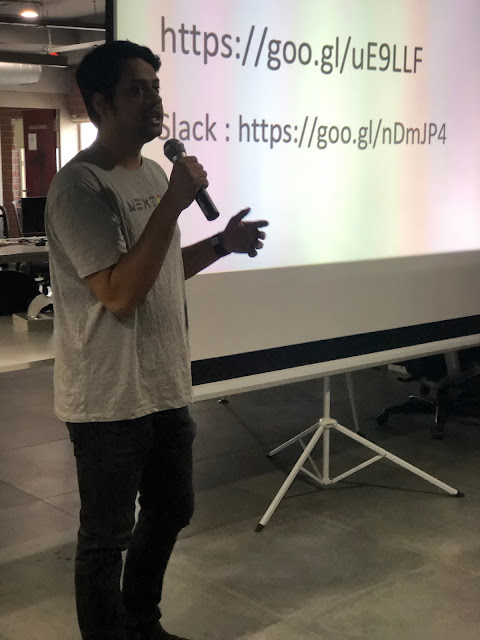 In these sessions, there were labs on Compute Engine, Cloud Shell, Cloud Storage and there where many interesting questions, discussions that happened during the breakouts. The participants were from a various diverse background, for some the concept of virtual machines was new, whereas some people were discussing security options in Google Cloud Platform. It was fun discussing what I am passionate about. The labs were not really hard, so it could cater to everyone, and it gave an ample amount of time to finish and go at their own pace. Once could just start afresh of they got stuck somewhere.

It took us some time to get to the wifi and there were some glitches launching qwicklabs for some participants which eventually got resolved with different Google/QwickiLabs account. Hence its always important to reach the venue on time and get these things sorted first and not to struggle with getting wifi and access codes when everyone else including the instructors/volunteers have already moved on. Of course, you get the best sitting place when you reach early. I personally not in favour of delaying the start for people who are late,, ultimately punishing the people who were on time for the meeting.

If one thing we need to improve is puntuality, otherwise we have great talent and passion for everything in this country.

Next week, the session we will go through the labs from the quest Deploy and Develope. This has a lot of labs but we will be focusing on deploying code in appengine from source control and few persistence options like Datastore and Cloud SQL. This would be very interesting as we need this for finally have our product up and running.

Since this is a continuation of the previous session, the same participants are expected to turn up after completing the GCP Essential quest as its a pre-requisite.

Hoping for the same level of participation next week. See you there.


For questions and further discussions about Study Jams 2019 in Hdyerabad join the https://gdghyd.slack.com/messages/CGNP36LBG/details/slack channel.