Comet Lovejoy C/2014 Q2 is one of the brightest of recent times. It was bright enough to be seen in naked eye in early January 2015. While it was fairly easy to spot with the charts, it looked bit different than traditional naked eye comets which has a prominent tails. This one looked like a greenish ball of cotton from binoculars and small telescope like the ones that I have. A really dark sky was only be found almost an hour drive from the city outskirts.

In fact this outing of ours was featured in the local news paper Deccan Chronicle  also. 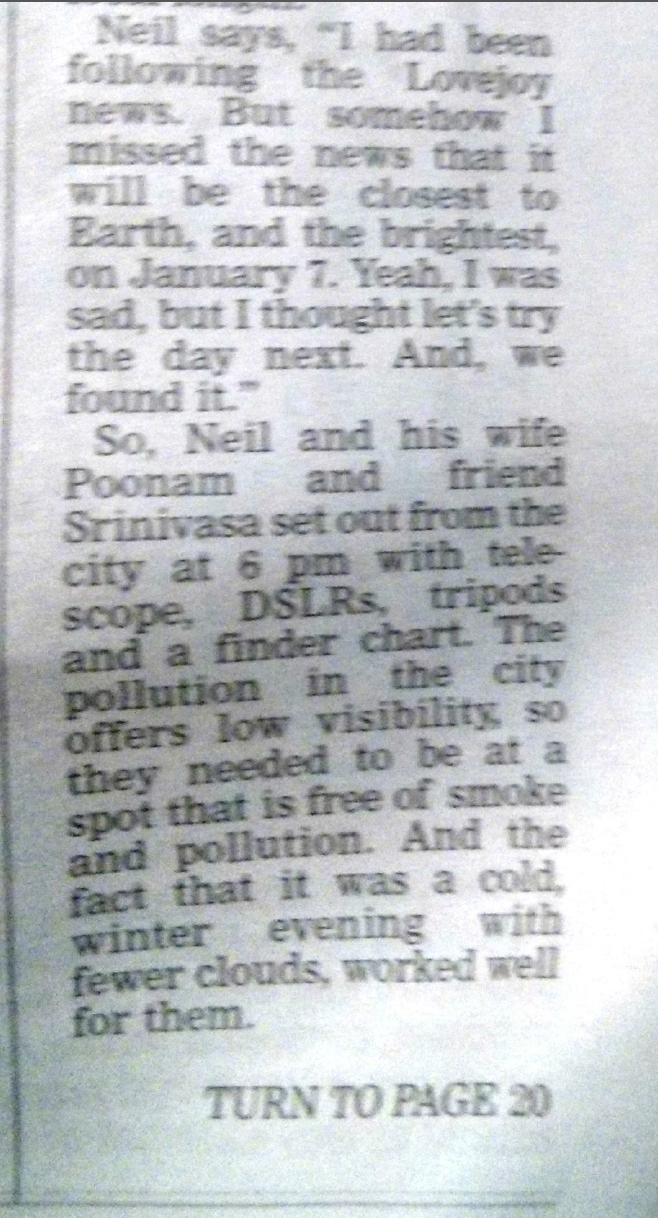 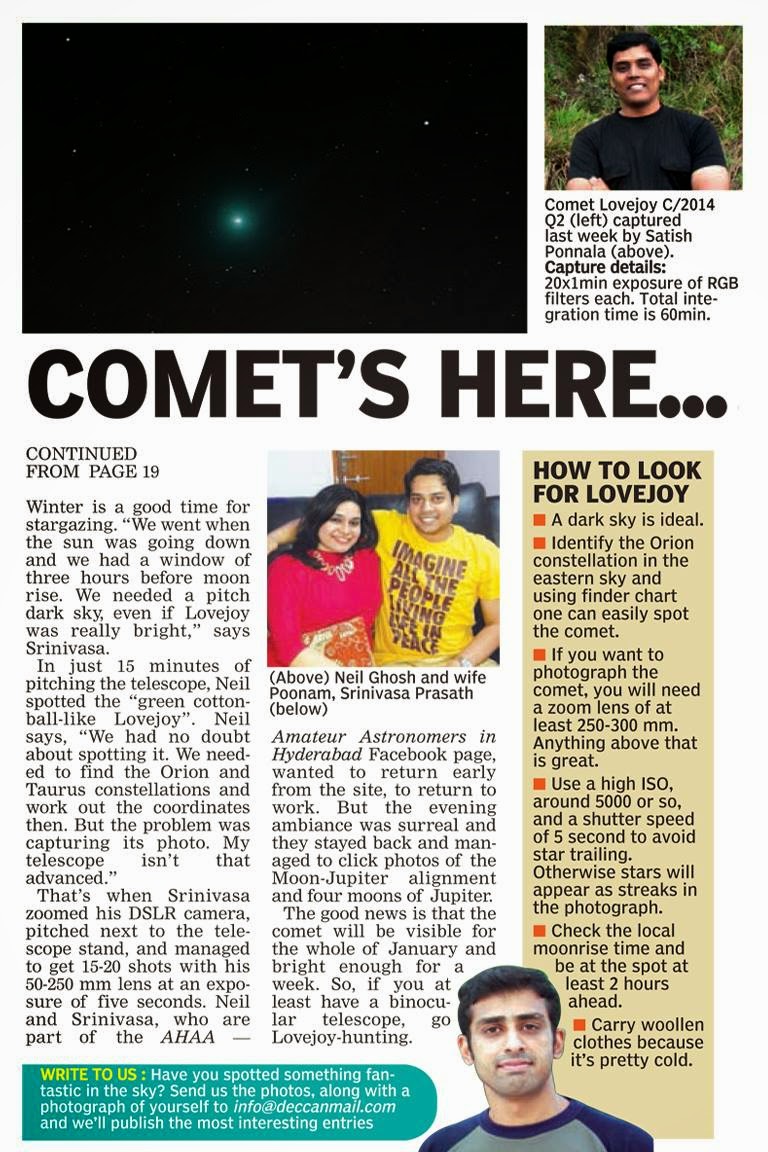 These kind of stargazing outings keep happening in the city these days. Join AHAA - Amateur Astronomers in Hyderabad for such activities.