Courtesy Google Developers I got the opportunity to attend Google Cloud Next '19 in San Francisco last week. With more than 30 thousand attendees, It was a great experience to attend a conference of such a scale. I have heard it's only very few conferences like the Salesforce's Dream Force and Microsoft's Ignite are bigger than this. The venue was famous Moscone centre which is home of the largest tech conferences including GDC and Oracle Open World. In the past, it has also hosted Apple's WWDC and JavaOne for a long time which is also followed by developers all over the world. 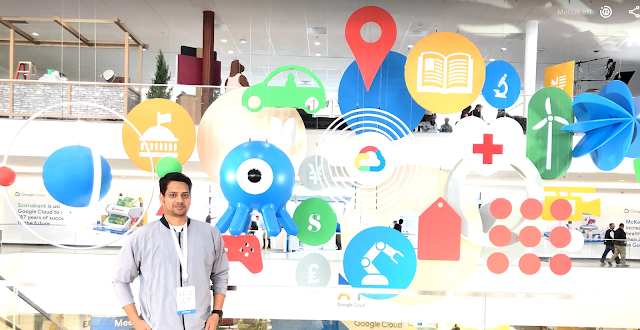 The scale of the conference was so huge that, the price of the hotels in the city were surged up. Apart from the main set of Moscone buildings, some of the sessions were hosted in the theatres in Metreon and palace hotel. They released the mobile app and schedule of sessions much before the conference and one had to reserve the seat for some of the sessions in hot topics in Google cloud. I personally was interested in topics like Kubernetes, Service Mesh, Istio and they were definitely house full. 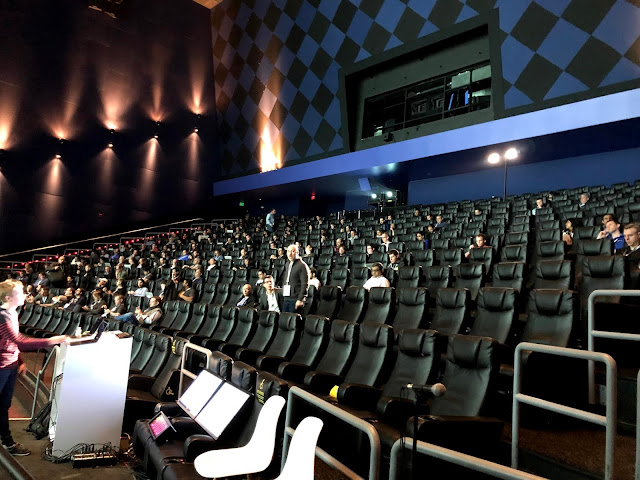 Back in Hyderabad (and many other cities), the keynotes were broadcasted live at a venue as part of Next '19 Extended events.

The conference badge was NFC enabled where they could scan every time you enter a hall with the session and keep track of the attendance, This was also helpful for booths in the expo area to scan using a smartphone and exchange the contact details for some goodies like tee shirts and stickers. 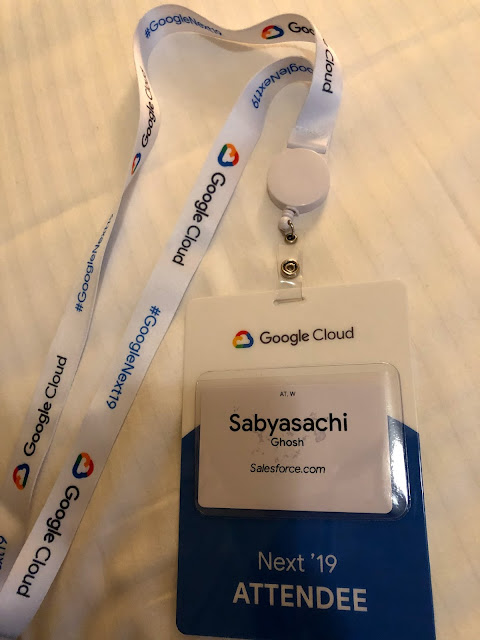 While there is nothing like attending sessions in-person and participate in Q&A, once can always watch all the recordings at Next OnAir. It's a great way to catch up with all the sessions as one could only attend one session at a time at the conference. 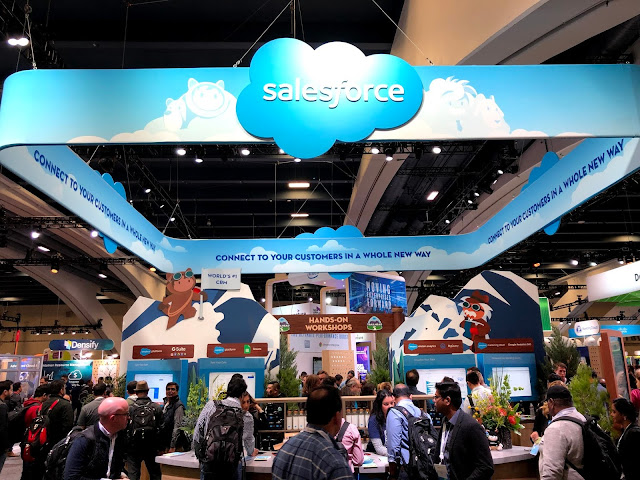 Even the expo area was so huge that there were booths of numerous companies which we may not even have heard of before. One of the largest was Salesforce.com who was also one of the sponsors of the event. I happen to meet people from the popular companies whose products I had used earlier and were related to Google Cloud Platform somehow. Nginx, JetBrains, Redis, Datadog, Elastic Search, Jfrog, MongoDB and GitLab to name a few.

Finally after a lot of brainstorming these made it to the finals with very little real estate left #GoogleNext19 #Stickers #MacbookPro
A post shared by Neil Ghosh (@_neilghosh) on Apr 19, 2019 at 4:30am PDT

There was a special section in the expo area called "Dev Zone" which were primarily occupied by the Google Developers, including the developer relations and developer advocates. It was great interacting with them along with other fellow Google Developer Experts and Community Leaders who were flown in from all over the world.

Praveen from GCDC Coimbatore has a very detailed blog post, have a look at it.