So, after GCP and AWS it was my time to get my hands dirty with Azure. When I initially heard Microsoft is jumping onto the bandwagon of public cloud vendors,  it seemed like a wannabe. GCP itself had a lot of catch up to be done on with AWS. IBM and Oracle have been trying it for long but they have settled for a different genre of customers e.g. Oracle is primarily focusing only on deploying its own legacy software like e-business suite and modern on-premise software like Oracle Fusion into its Oracle Public Cloud instead of trying to get a market share from AWS or GCP. IBM has managed to get some real customers like EA but not quite there yet.
On the other hand, I think Microsoft Azure has come from behind and not only given some serious challenges to GCP and AWS but also capturing a major market share with its unique offerings in Machine Learning services and fantastic partnerships and support with corporations. 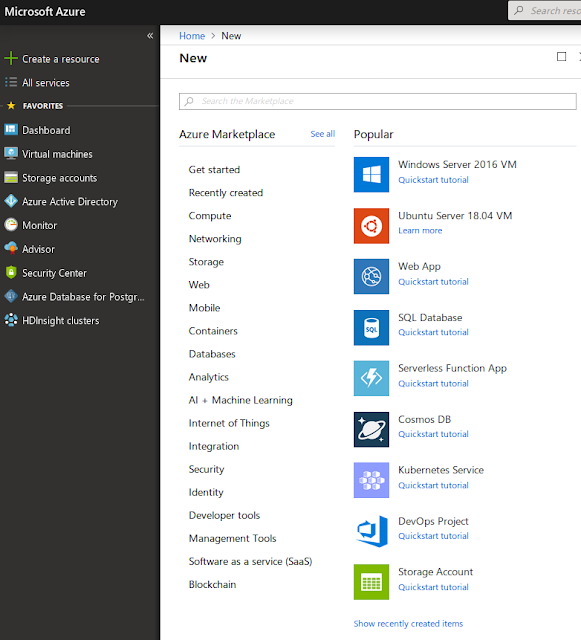 With whatever I have explored so far, I have mixed opinion about it. It would be really great if the following concerns are addressed soon by Azure

Apart from above initial complaints, I really observed some good things about the Azure Cosmos DB I am yet to use it in high scale but it has the following feature which could be differentiating from other managed NoSQL offerings like DynamoDB or Cloud Datastore.